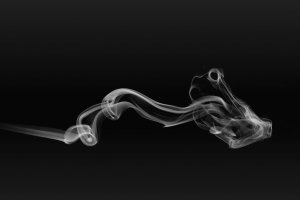 Grandmother. I hold my morning coffee and call for her, quiet voice in my head. Grandmother.

She comes. She’s sitting today on my right, crouching, actually, a favorite posture of hers. A  cigarette dangles from incredibly calloused fingers, they are like brown sticks, her fingers. She’s my Inner Healer.

She first came to me in a guided visualization, at a time when I was having daily panic attacks, when I was hell-bent on my willful path to destruction – what I called my career Uninterested in “woo-woo stuff,” I dismissed her. She respectfully left me alone. Carry on.

Fifteen years later, I was diagnosed with a late stage, rapidly moving breast cancer. It sort of breaks the rules for her to come without being asked, but because my life absolutely depended on it, she came again, unbidden. This time I welcomed her.

She smokes this morning, eyes staring in the distance. The tangled graying mop of her hair is filled with red dust. Her skin is often dusty, as if she spends a lot of time on the ground, in Australia, where I’ve never been and never have had an interest in going. Apparently, the ground in Australia has red earth. There must be nearly a cup of red dirt in her matted hair. She has shown me, several times, that I should make a paste of red mud and apply it to my body. Noted.

I sip my coffee from the mug decorated with owls that a coworker gave me. Owl dropped a feather for me a week before I found the Lump. Bending down, lifting that feather from the sidewalk, I knew Something Was Up.

I have found out that there are “healing mud treatments” in Hawaii, on Maui, actually, where I’m planning to visit in a few months. Where the mud is red. When The Grandmother shows me something, I act on her instruction in my “waking” life, if and when I can.

I have not studied Aboriginal culture, I’ve avoided it, along with the pseudo-Native American practices that many of my friends are excited about. I have friends who seem to talk knowledgeably about “dreamtime” and “walkabouts.” I’m uncomfortable. Appropriating someone’s sacred practices, by mentioning them casually, is like dragging them into the glittering hubbub of Starbucks – diminishing sacred practices by discussing them as if they were a TV show. And yet. The Grandmother shows me – put red mud on your body. And she’s my guide, a teacher, my Healer. I trust her, absolutely.

Why’s she smoking a cigarette this morning? That doesn’t seem very healthy. It’s not like she wants me to start smoking does she? I’m thinking too much, I know it.

She never speaks to me, certainly not with words (except once when she gave me her title, The Grandmother, and that time she said the word into my mind, not with her mouth). She doesn’t answer my questions unless I ask the right one – and then, instantly, she shows me the answer. So the fact that she’s still staring into space while smoke curls between her right index and middle fingers means…. I’ve asked the wrong questions.

I notice that when I stare at the smoke – I feel slightly lightheaded. I notice a slight shift in perspective, as if I were sitting, just over THERE. And this is a clue to the message she’s bringing me. The smoke.

For whatever reason, it is very easy for me to “shape shift.” This is not my terminology, but people I know, who tell me they are shamans, they tell me so. When I feel that sensation, that sort of dizziness, I know that when I’m ready, when I want to, I can enter the smoke, I can become smoke.

The Grandmother isn’t smoking because she has a nicotine addiction – or at least, that’s not why she’s at my side with her cigarette – she’s showing me a path to another lesson. Follow the smoke. At this moment, though, I need to finish my free-write and get ready for a doctor’s appointment.

There’s never any hurry with The Grandmother. She will return and smoke. Smoke, patiently, until I get the message. The lesson isn’t going anywhere. I can follow that smoke trail to whatever lesson it holds whenever I am ready.

From a prompt in Jena Schwartz’s online writing class.